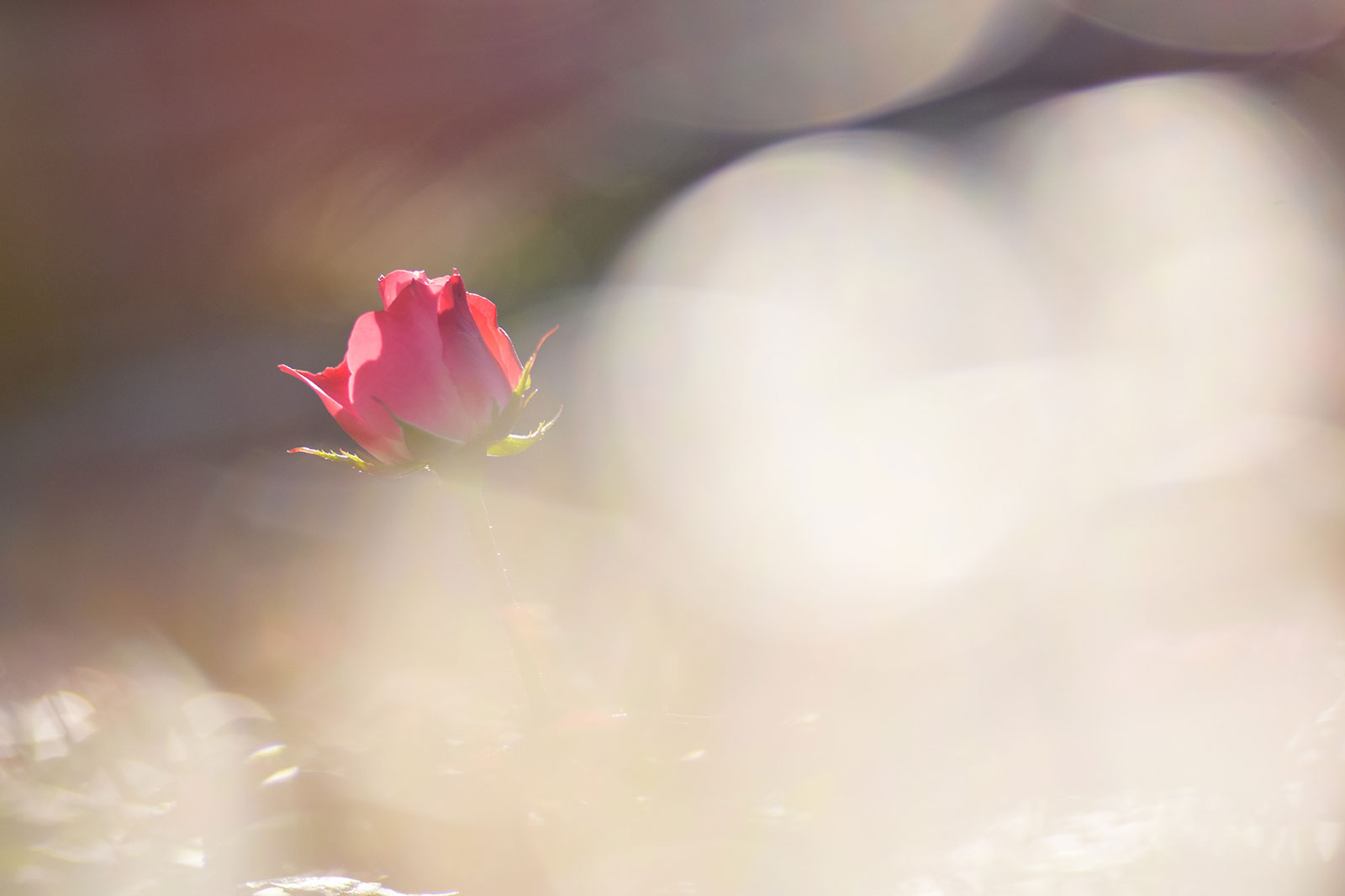 Are you enjoying macro shooting? The spring season with its vivid and colorful flowers is approaching, and will be a great chance to challenge yourself with some macro shots.

Speaking of, I'm sure you've faced the situation of trying shooting at flowers or plants that are a bit too out of reach. Botanical gardens are full of fences that make good spots unreachable, and that little flower you are resolute to shoot at is too high on a branch to be caught with your lens.

Even if you try shooting as close as possible with a macro lens, you won't shoot big enough to make the main protagonist of your composition standing out, and the surroundings will be confused and blurred anyway.

In such a situation you may think it's a great idea to replace your macro lens with a tele photo lens and that's it! You will shoot bigger for sure!

But you'll soon find out that if you try looking through the viewfinder as you would with a macro lens, you won't be able to bring the subject into focus! Right, that's because, compared to macro lenses, tele lenses have a shortest focusing distance considerably much longer. Most of these lenses are around 1.5m, though there are some of 1m. So, getting closer and trying shooting as if with a macro lens will be quite difficult.

You then try stepping back little by little until the subject gets in focus. You check it and...yes, it's still in focus! You may think you finally did it, but the truth is that, compared to when using a macro lens, in some situations if you move too much backward your subject will appear quite small on your final image. You expressively used a tele lens to shoot bigger, but that's all you get. It's such a killer, indeed.

But it's too early to give up! It's now time to take out that Digital Extension Tube that's being hidden in your bag.

For those who may not remember how it works, a Digital Extension Tube is a ring element without optics that, by simply installing it between the camera and the lens, can reduce the shortest focusing distance of your lens, thus allowing to shoot closer to your target object. Of course you can install it on your tele lens, too, with some great results I will show you in this review.

I found and shot this snow drop flowers in an off-limit area. Being far from me and small in size, all I could do with my Tokina AT-X M100 PRO D macro lens was shooting barely this big. 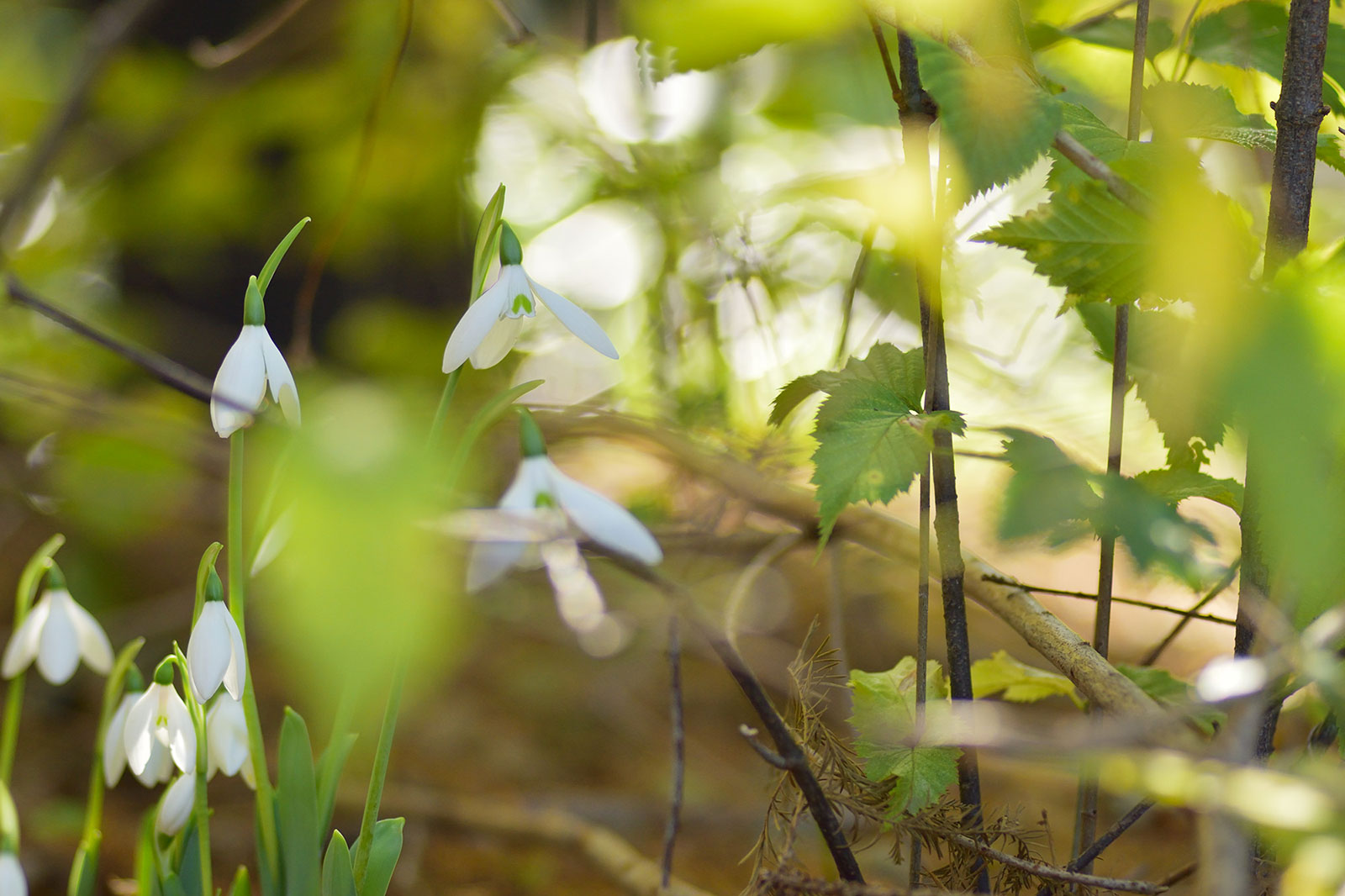 The plants on the background are blurred and the protagonist flower is not standing out at all. It gets one of those shots where it's even hard to figure out what were you shooting at. So, let's try to replace the macro lens and install a tele lens instead. With a 200mm tele lens, I could shoot significantly bigger. 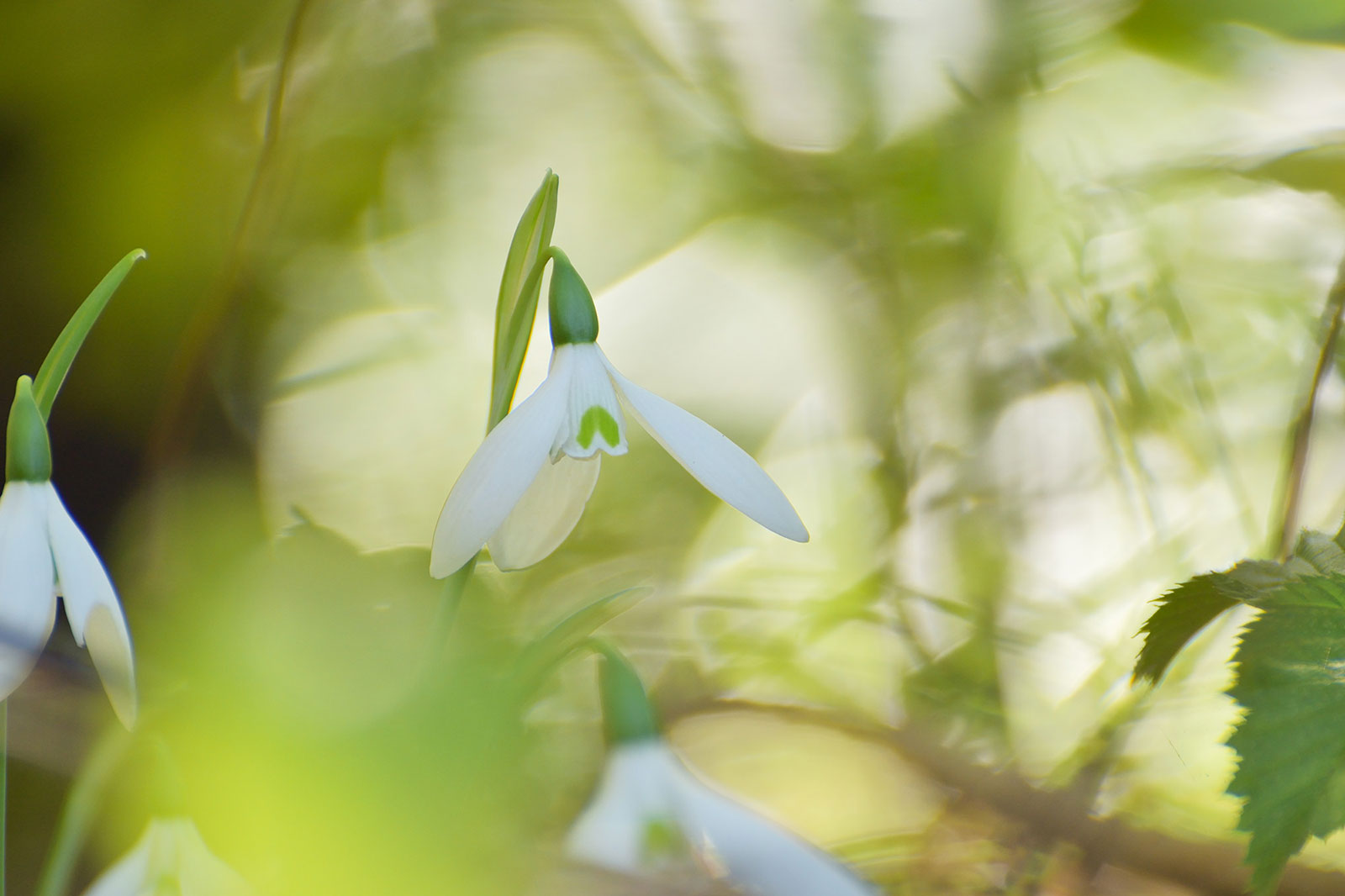 But some of you may still say it's not enough. However, if you try to get closer, you will end up in exceeding the shortest focusing distance and won't be able to bring into focus.

That's when I installed the 32mm (12mm + 20mm) Digital Extension Tube combination, and could get instantly closer. 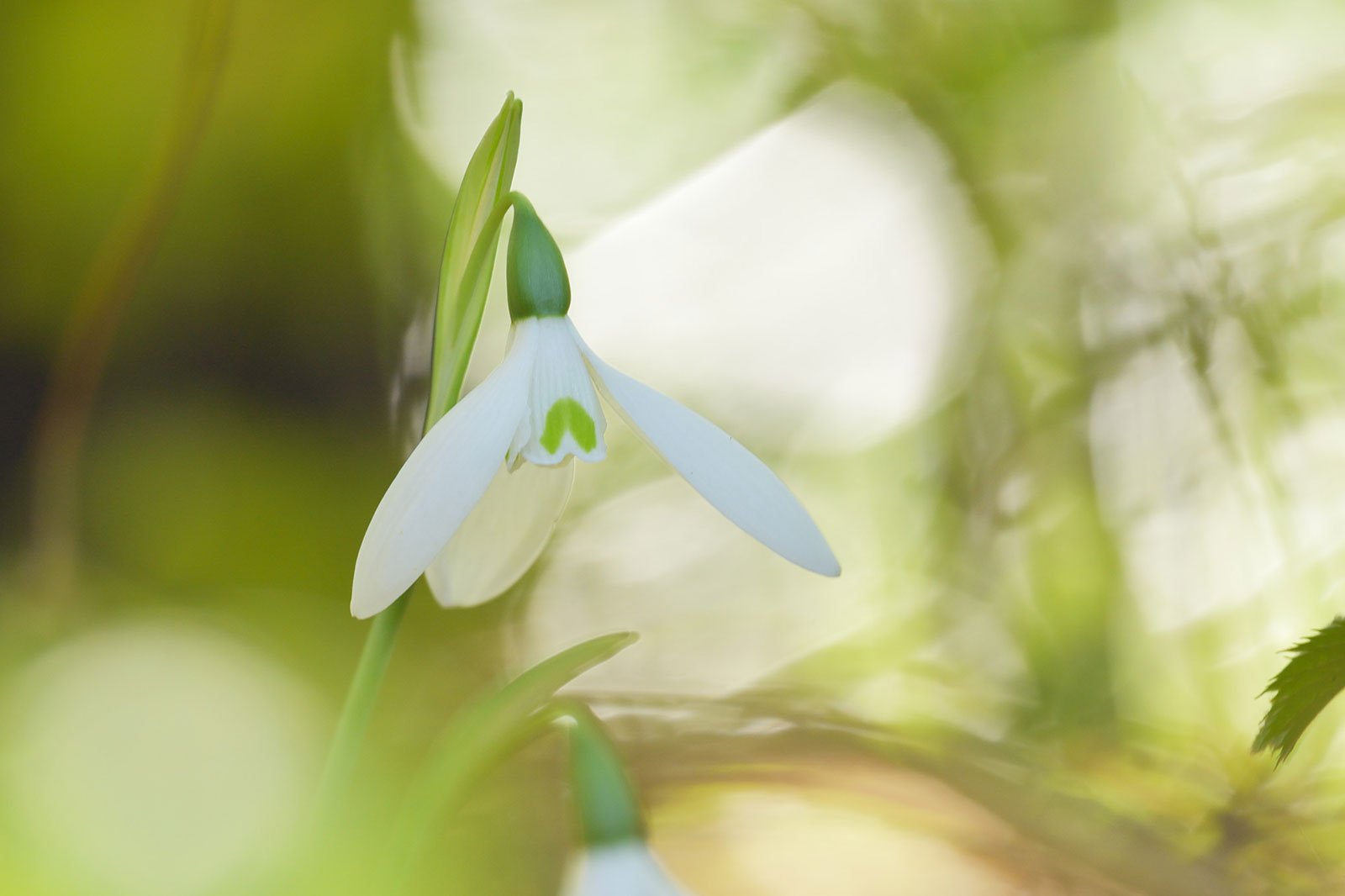 I then moved the zoom to 300 mm and...boom! Now the protagonist flower is clearly standing out in the picture. 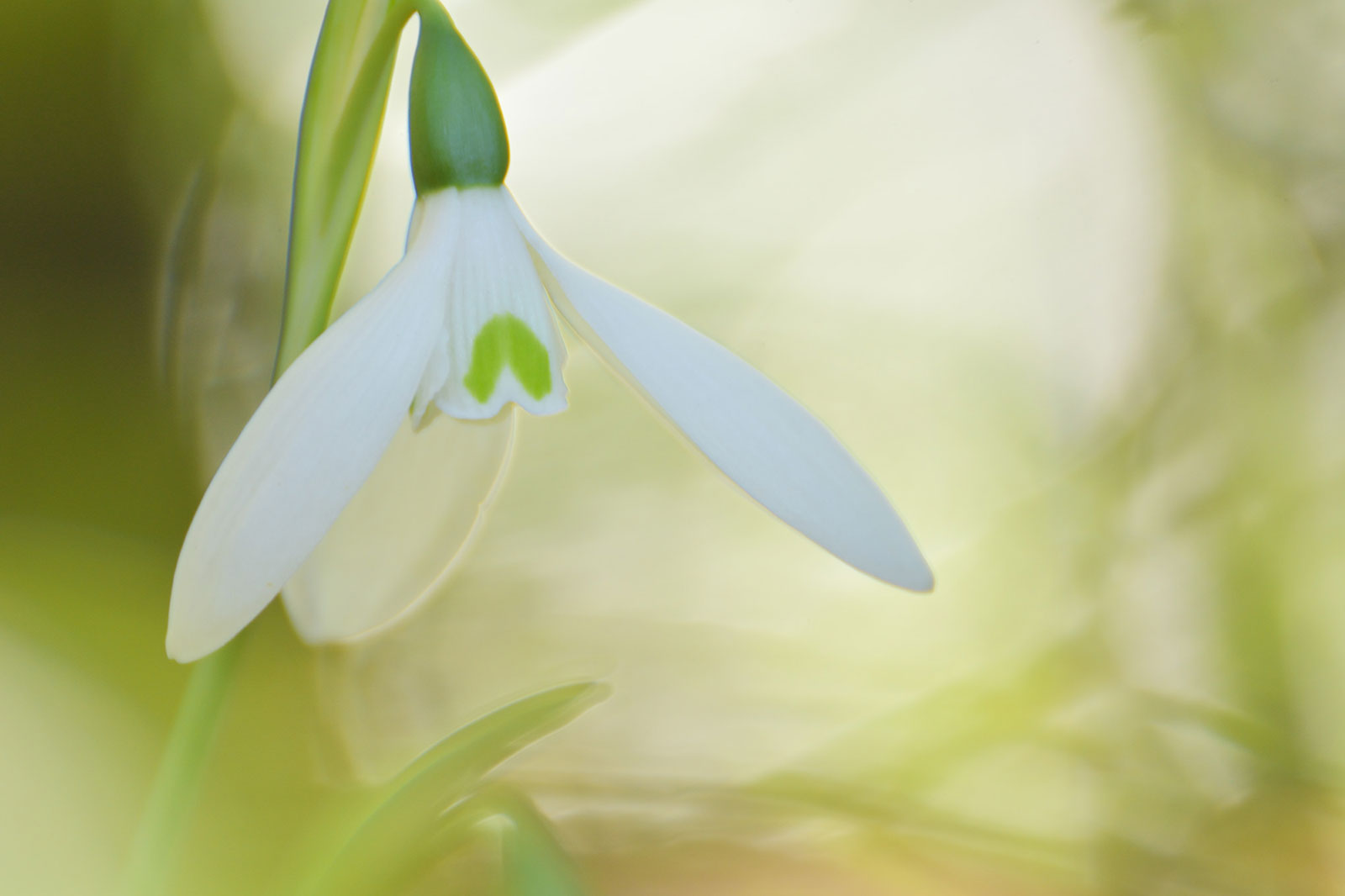 Without using the Digital Extension Tube, this all you can get in terms of macro when shooting from a shortest focusing distance at 300mm. 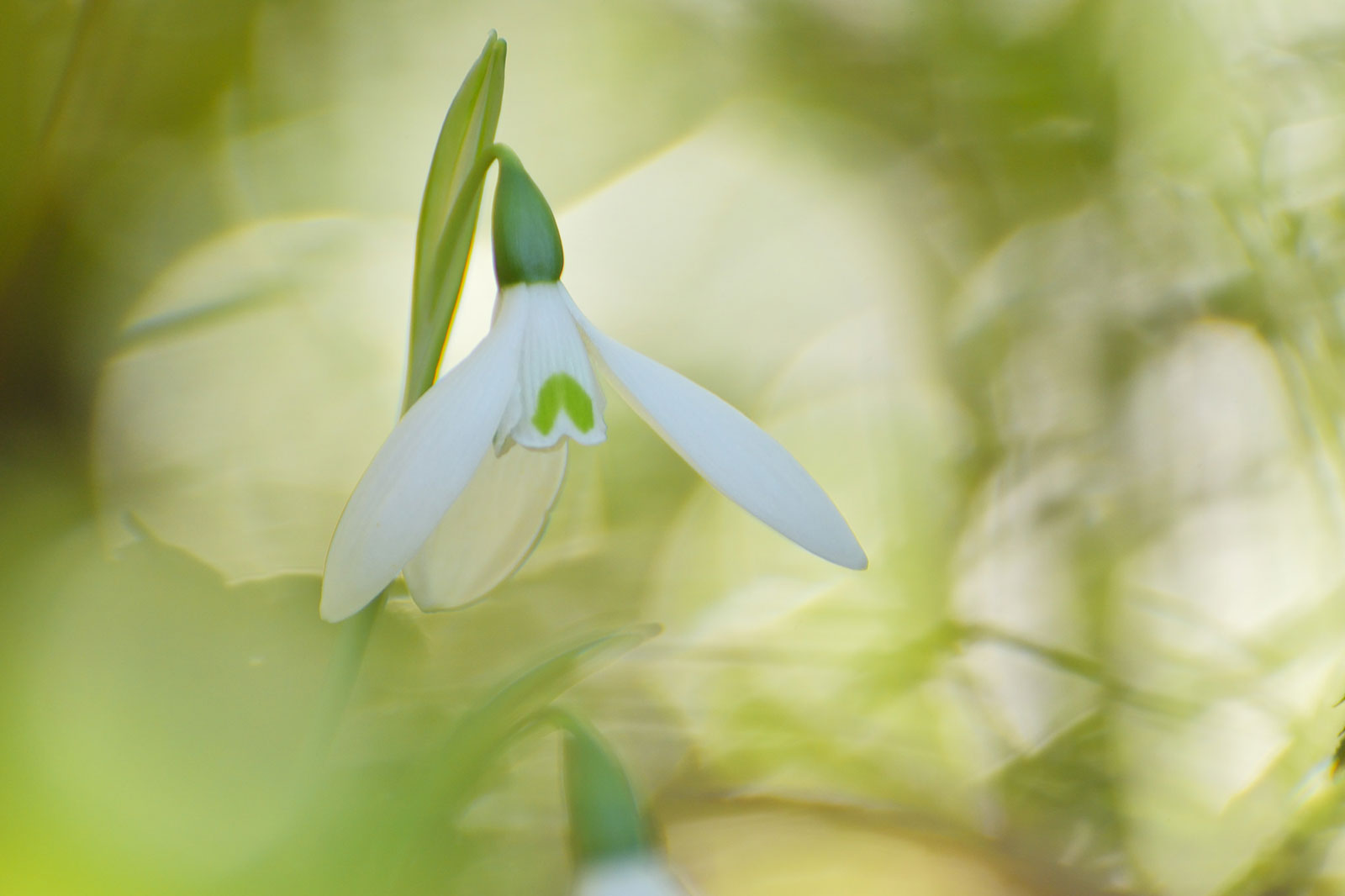 Even with lenses of the same focal length, the final result will change considerably when using a Digital Extension Tube or not.

What do you think? Macro photography is not just for macro lenses, as when combining a tele lens with a Digital Extension Tube you can shoot as you want at both close and distant subjects, thus expanding the range of things you can shoot. Spring season is approaching...why don't you give it a try?